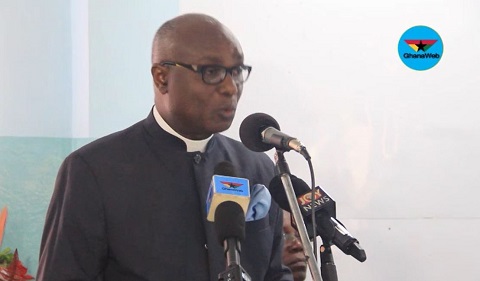 Vice President at the Trinity Theological Seminary, Very Reverend Professor Kwabena Asamoah-Gyadu has stated emphatically that ‘without proper spiritual basis and understanding,” the prophetic gifts can be misused.

He made this known during a Press Conference held by the Kingdom Equip Network themed Prophetism in Ghanaian Public Life”, which was held in Accra.

Speaking on the Theological of Prophetism, he explained that although the prophetic ministry has been misused, it is “biblical, theologically sustainable, experientially fulfilling only when it is seen and appropriated in the Spirit of the Jesus who gave gifts to those who believe in Him following his ascension (Ephesians 4:8).” He therefore intimated that the current state of prophetism in Ghana is similar to what the Corinthian Church was facing in the Bible which led the Apostle Paul to write concerning spiritual gifts in 1 Corinthians 12.”

Paul charged the Corinthian Church in 1 Corinthians 12:1 that “concerning spiritual gifts, brothers and sisters I do not want you to be uninformed.” This then meant that there came a time when the issue of spiritual gifts became a controversial issue on which Paul had to provide detailed clarification and direction.

On the issue of the publication of people’s names who are expected to die in a certain years by certain “prophets”, Vice President of the Theological Seminary asked the following which he said baffled him: “Why would God – if indeed this was authentic revelation – reveal deaths of such persons to this particular prophet; Why was it that all the names on his list consisted only of people in high political office, were wealthy or had some good public standing in our society; If the people were going to die, as the prophecy seems to suggest, what would be the reasons for their death; What exactly did this prophet want to achieve by publishing such names in a church newsletter of all places, and how was the prophet, who perhaps may not even know some of the people personally, going to deal with the sense of fear that his prophecy of doom was going to generate in these people , their families, and their dependents?”

Rev. Asamoah-Gyadu therefore opined that the prophet who did such a thing as “insensitive and spiritually immature” and that if he were in another country, he could have been sued.

The media encounter which was organized by the Kingdom Equip Network was to address the current spate of doomsday prophecies, instilling fear among Ghanaian citizens. Such include the prophecies surrounding the death of female songstress Ebony Reigns, Shatta Wale, among others.