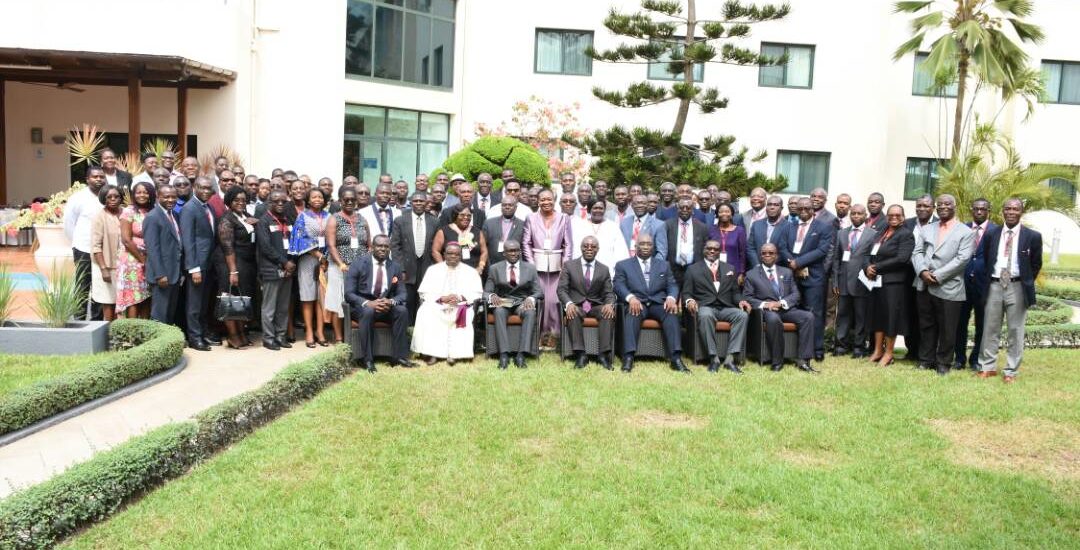 Ace Ankomah urges Church leaders to comply with the law

Mr Ace Annan Ankomah, the Managing Partner of Bentsi-Enchill, Lesta and Ankomah, has urged the leadership of the Christian community to adhere to the laws of the country.

Mr Ace Ankomah said the Church is a divine institution, established in the world and hence the need to comply with the laid down legal standards even as the Church awaits the coming of Jesus Christ.

He made the call at the ‘Ekklesia Roundtable Series (ERS)’, a discussion forum organised by the Kingdom Equip Network in Accra on the theme: “The Legal Status of the Church in Ghana”.

He said there was the need for every Church to register appropriately with the Registrar General’s as the right entity, adding that any Church that operates other business ventures must register it separately and pay tax on that.

Mr Ace Ankomah noted that rules governing the operations of religious bodies exist but the regulations were not being enforced, saying if they are enforced, many Churches would have to fold up.

He said Church leaders who venture into economic activities such as selling books of the Pastor, Investment, or selling in any form to generate more income must be separated from the Church and a tax paid on it.

In a keynote address, Mr Godfred Yeboah Dame, the Deputy Attorney General, said the legal foundation for the church’s organisation in modern day Ghana is of the utmost importance in the face of the proliferation of churches in Ghana.

He noted: “There are two kinds of not-for-profit organisations that Churches usually are registered as: the incorporated trust and the company limited by guarantee”.

Mr Yeboah Dame said many Charismatic Churches applied as Companies limited by guarantee, which were regarded by law to be purely set up for charity, public service, promotion of some developmental and other social object.

He said section 10(2) of Act 179 prescribes penalty for a company limited by guarantee, which carries on business for making profits.

Mr Yeboah Dame said activities of churches considered as trading were selling books and distributing the profits among pastors and elders, profits from publications for charity and from charitable work, running restaurants, leasing of property and, running of transport industries and agricultural ventures.

Excessive indoctrination of followers of the Christian faith has made some beholden and under the spell of misguided pastors.

He said, “In order of the Church to recapture its pride of place in the country’s affairs, it ought to return to its original role in the state of resisting the misrule and misgovernance by the governing class and acting as the defender of human rights.”

Mr Joe Ghartey, the Minister of Railway Development said if the activity of every entity was profitable, the law demanded that the entity paid tax on the venture.

Dr Emmanuel Ansah, the Convener of the ERS, said the participants were made up of leadership from umbrella Church organisations, individual denominations, individual clergy, civil society groups, government departments, professional and religious associations, and academic institutions.

He said the discussion sought to increase awareness and understanding of the laws governing churches.

He said it also sought to initiate a road map for harmonising and possibly reviewing of the existing laws, which affect churches.